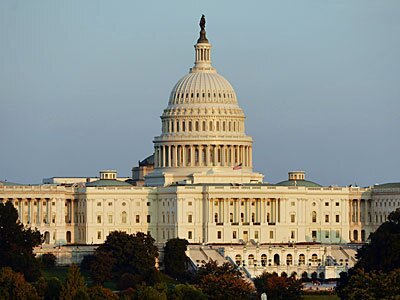 President Trump signed a $2.3 trillion spending bill Sunday — despite his own late objections — that funds the government and includes $900 billion in stimulus provisions for struggling households and businesses.

The measure comes amid sky-high COVID-19 cases and deaths and is meant to support the economy as the coronavirus vaccine rollout continues.

The new law provides a variety of economic boosts, including expanded unemployment benefits, rental aid and forgivable loans to small businesses. The government is also sending checks directly to many Americans.

Fernando Lozano, an economist at Pomona College, said Congress should pass additional relief given the scale of the crisis, but called the bill a “small step in the right direction.”

“It’s certainty better than nothing,” he said.

When will I get my check?

As with the previous round of coronavirus stimulus checks under the CARES Act, you are likely to see the money quickly if the IRS has your direct deposit information on file. Treasury Secretary Steven T. Mnuchin told CNBC on Dec. 21 that people would start seeing checks early this week, but that was before Trump delayed in signing the bill.

The Treasury Department did not immediately respond to a question on timing.

How much will I get? Who is eligible for the checks?

In this round, checks start at $600 and go down from there, based on the same income thresholds as under the CARES Act.

People who file their tax returns individually and have adjusted gross income of up to $75,000 will get $600, with the amount gradually reduced for individuals who earn more.

Children are also eligible for the money, meaning a family of four could receive $2,400.

Why wasn’t the bill quickly signed into law?

A day after Congress overwhelming approved the package on Dec. 21, Trump called the measure a “disgrace” and, among other requests, called on Congress to increase checks from $600 to $2,000.

The president’s announcement came even as Mnuchin was negotiating on the administration’s behalf and told lawmakers Trump intended to sign it.

After days of criticizing the bill, the president opted against vetoing the measure and signed it into law Sunday night.

Democrats have supported $2,000 checks, but congressional Republicans have blocked previous efforts to increase the size of payments.

The Democratic-controlled house voted Monday to boost payments to $2,000, but such a change would also need to clear the GOP-controlled Senate.

Lozano said he viewed ultimate approval of $2,000 checks as unlikely but said more help is needed. He urged Congress to “err on the side of generosity rather than the side of frugality.”

Customers visiting the Geek Squad desk at Best Buy weren’t always the most polite, recalls Sarah Tremblay, who worked at two store locations in Long Island, New York, until recently. They were often freaking out […]

Marilyn Booker, Morgan Stanley’s former head of diversity, says she was fired from the bank because she pushed too hard for a plan to address systemic, firmwide racial discrimination at the storied institution.  She filed […]

After four months of working for the small management consulting firm Red Associates in New York City, Funke Sangodeyi felt like something was “off.”  Sangodeyi, who has a bachelor’s degree and a Ph.D. from Harvard […]