“Jesus Christ would have to come down and tell me that Biden won before I would ever believe it,” one Donald Trump supporter said at the former president’s first rally of 2021. 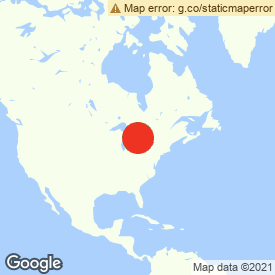 The fantasy that Trump could reclaim the White House later this year (some named August 2021 as the time) was a common theme among the droves of attendees at the “Save America” rally Saturday at the Lorain County Fairgrounds in Wellington, Ohio.

It’s not going to happen, and explanations for why it could are rooted in lies and misinformation. But some people think he never stopped being president.

“Honestly, I think he won,” Anita Lee, 45, who happened to be visiting from St. Louis, told BuzzFeed News. “He’s our true president, and I don’t think he’s eligible in 2024.”

Most Trump supporters came in their usual form: red hats boasting “Make America Great Again,” paired with a pro-Trump T-shirt (or anti-Biden one) and some representation of the American flag. But in 2021, after the president and his allies have consistently championed unsubstantiated voter fraud, there’s a new crowd favorite: T-shirts that say “Trump Won.”

Pam Niner, 65, traveled more than an hour from Centerburg, Ohio, to her third Trump rally after one in Circleville, Ohio, last year and another in Delaware, Ohio, during the 2016 election. And while she’s eager to hear him announce a bid for 2024, she’s convinced Trump didn’t lose the last election.

“I know he won,” Niner told BuzzFeed News, her oversize “Trump Won!” shirt nearly reaching her knees. “There’s so much evidence out there it was stolen,” she said before admitting that only one thing could convince her otherwise: “Jesus Christ would have to come down and tell me that Biden won before I would ever believe it.”

Robert Clegg, 47, said, “Of course” when asked if he thought Trump won the election. He hasn’t thought about Trump as a 2024 candidate. Instead, he told BuzzFeed News, “I’m hoping he gets back in there before,” adding “with the overturning of the election.”

A May Ipsos/Reuters poll showed more than half of Republicans think the election was rigged, and 53% of Republicans think Trump is the actual president. But the statistics alone don’t show how intense those beliefs are for such a large segment of the electorate. The rallying cry “Trump won” erupted several times Saturday, and the attacks on President Joe Biden and Vice President Kamala Harris have become more visceral.

London Roche, 26, and several of his friends wore white T-shirts with black letters that read, “Biden Sucks Kamala Swallows!” on the front and “Fuck Joe & the Hoe” on the back. They said they paid $25 for the shirts, but it’s unclear if they bought them from the man who was selling the same T-shirts outside the venue.

“I just want to show support for our real president, Donald Trump,” Roche said. “We all know he won the election.”

The rally’s speakers consistently raised false allegations of widespread voter fraud from the stage, including Trump, who began raising doubt about the election results last November and has continued making unfounded claims ever since.

“We won the election twice,” Trump said to the crowd. “And it’s possible we’ll have to win it a third time.”

Some speakers who addressed the audience parroted the same rhetoric. Douglas Frank, a math teacher in the state, gave an exhaustive presentation of his 2020 election-results analysis involving algorithms he claims prove the election was stolen. The exhibition included graphs and charts that were projected onto two big screens flanking the stage. Frank earned a “Pants on Fire” rating from PolitiFact, a fact-checking website, in April for the same analysis. The Michigan state Senate’s new report on the 2020 election specifically faulted Frank for analysis that is “not sound for several reasons.”

Georgia Republican Rep. Marjorie Taylor Greene also chimed in with false claims that Democrats pilfered the election when she took the stage.

“President Trump is my president too,” Greene said. “And he should be our president right now, but the dirty, rotten Democrats stole the election.”

About 400 feet away, Catherine Mehalic, 58, stood on one of the many food truck lines and speculated on what she sees as Trump’s best way back to office. She didn’t say when.

“I think the audit is gonna take all of it down,” she told BuzzFeed News, referring to one of the nonbinding audits Republicans in several states are running to try to prove something about the election. “It’s gonna expose what exactly happened. Everybody knows he won.” And then she said again, with more emphasis, “Everybody knows he won.”

Trump won 8% more total votes than Biden in Ohio and flipped Lorain County, where the event was held. A plane, paid for by Senate candidate Jane Timken, circled the fairgrounds with a sign: “Ohio Is Trump Country.”

Just one person out of nearly two dozen people BuzzFeed News interviewed at the rally said they understood Biden won the election. Barry Clodwick said he watched the polls on Election Day “to make sure nothing went wrong,” but ultimately was disappointed with what he understood to be the results.

Facebook Says It Will Pause Ads For Gun Accessories After Complaints

Following complaints from Senators and employees, Facebook on Saturday said it was temporarily halting ads for gun accessories and military gear in the US through next week’s inauguration of President-elect Joe Biden. The move follows […]

Inside A Xinjiang Detention Camp

This is Part 3 of a BuzzFeed News investigation. For Part 1, click here. For Part 2, click here. This project was supported by the Pulitzer Center, the Open Technology Fund, and the Eyebeam Center […]

WASHINGTON — The day after the Jan. 6 insurrection at the US Capitol, surveillance video from a hotel in Virginia showed participants in the alleged Oath Keepers conspiracy carrying what appeared to be rifle cases […]