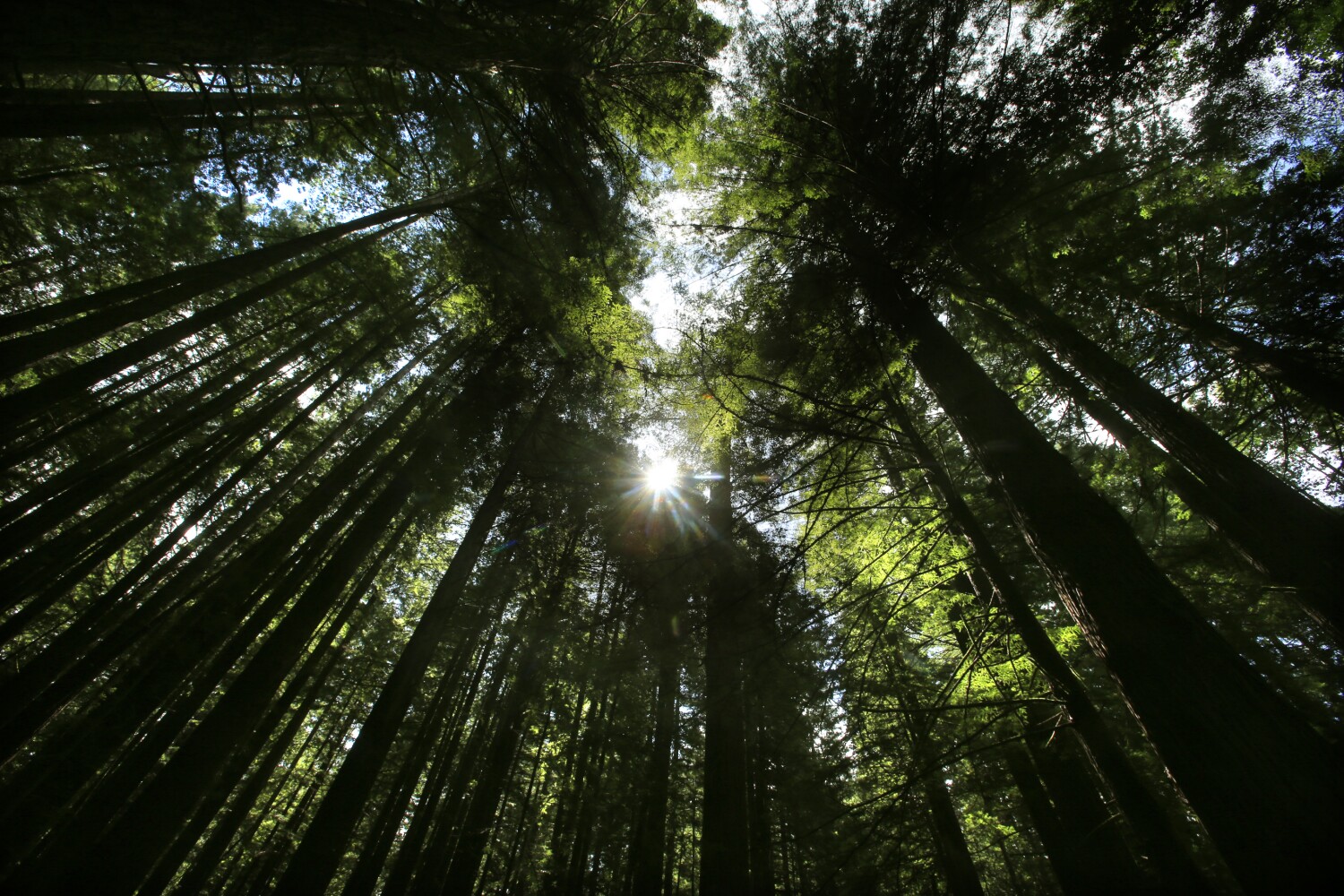 You are attached to the desert, even when the temperature is close to 100 degrees.

But what you really, really like are tall trees. In fact, my Southern California friends, we are suffering from redwood envy.

That’s how it looks, based on reader responses to our California Summer Top 40 List, posted online Thursday and in print Saturday.

The list was focused on places I’m most eager to revisit, now that we can travel again, with an emphasis on the outdoors and summery destinations. We hoped it would serve as a guide for readers seeking ideas and details on reopenings. We also hoped for some spirited pushback, because California is so big, so varied and so easy to argue about.

Sheri Schwarzbach of Porter Ranch spoke up for the eastern Sierra ghost town of Bodie, as did Linda Mele of Torrance and Cameron Schultz of Pasadena. So did Emily Lowe of Escondido, who added an endorsement of San Diego’s Cabrillo National Monument.

But redwoods and redwood country got more support than any other corner of California.

Reader Keith Breslin of Toluca Lake, for instance, was alarmed by the absence of Marin County’s Muir Woods from my list — “a glaring omission,” he wrote. “Maybe it’s No. 41 but it really should have made the top 40.”

Gilroy Hain of Paso Robles threw his support behind the Santa Barbara Botanic Garden because it’s the “only place in Southern California where you can take a walk in a little redwood forest.” (There are redwoods sprinkled around SoCal, but point taken.)

And bear in mind, all this affection is on top of the two redwood country items I included on the initial list: the drive-through Chandelier Tree in Leggett and Trees of Mystery in Klamath. (Apparently you prefer more forest and less kitsch.)

At any rate, once you get past the big trees, there are scattered moments of consensus in these reader nominations.

Steve “Butler” White of Los Angeles pushed back on the inclusion of Mt. Whitney, recalling that he hiked it at age 25 while chain-smoking Camels — “but that steep, dusty climb, not worth it.” He prefers the cable-aided trail to the top of Yosemite’s Half Dome.

Therese Shellabarger of North Hollywood, skeptical about the whole enterprise, wrote: “Can we please stop with the endless travelogues?”

On the brighter side, Edward Tepporn, executive director of the Angel Island Immigration Station Foundation, was glad to see it mentioned in addition to Alcatraz, and noted that an immigration museum is to open on the island later this year.

Geo Chapman added these affirming words: “I’ve visited every one of the 40 Best (and more),” he wrote. “None of the locations will disappoint the summer traveler.”

But Chapman did want to point out that Santa Cruz Island probably didn’t break off from mainland Santa Barbara County, as I implied in my description. Instead, Chapman wrote, that island’s geology is “more aligned with the strata from San Diego geology (scraped to its current location by plate tectonics, over millennia).”

“Love your list!” wrote reader Mark Stephens of Felton, who went on to suggest two dozen more destinations from the Anza-Borrego Desert to the Scott Creek kite-surfing spot in Santa Cruz County.

B.G. Berg in Lake Arrowhead confessed to “tears in my eyes, remembering past trips with great fondness, and a desire to go out and see many of them again!”

Meanwhile, what about “the enormous and vast deserts of the Golden State?” That was the lament of Thomas Hall, who lives in Palm Springs and Laguna Beach. “Death Valley, Joshua Tree, the Salton Sea? What about Palm Springs?”

The deserts’ time will come. We’re planning a fall list that will include plenty of desert destinations (which may be cooler than 100 degrees by then) and indoor spots. There will be a winter list after that, fueled, I hope, by more reader tips.

Conversations with readers keep us alert and often yield great ideas. Here’s to more travel and more give and take as we take to the road.

The Great Wall of Los Angeles, from Don Shirley of Sherman Oaks.

Mono Hot Springs, in the Sierra above Huntington Lake, from Phil Templer of Newbury Park.

It’s still not clear when Disney’s theme parks in Anaheim will reopen, but the House of Mouse hopes to appease its most ardent fans by holding a food and beverage festival on the grounds of […]

Full bladders, closed bathrooms. Strategies for peeing while out during coronavirus

Remember the good old days (a few months ago), when you could leave your home for the day with a tall tumbler of coffee and a car well-stocked with water, confident in the knowledge that […]

How to save money on car rentals with COVID-19 travel

You can fly from Burbank to Bozeman, Mont., one of the gateways to Yellowstone National Park, for $38 round trip, thanks to fares offered for Aug. 11-18 on startup Avelo Airlines. Super deal. Then you […]