AS AN Irish/Italian American growing up in northern New Jersey, I viewed March as a month of dueling saints: Patrick and Joseph. A Sunday-sauce type of family, we endured corned beef and cabbage only once a year; the foods of Sicily were much more prominent on our table.

Many people around the world know St. Joseph as the humble carpenter who was Christ’s father on earth. In Sicily, he is the patron saint credited with ending famine during a drought in the Middle Ages, bringing rain and making the land once again productive. The populace, in gratitude for their answered prayers, promised to honor him each year with an abundant feast.

Observant Sicilians festoon altars with food in their homes as well as in churches, schools and public spaces. Each offering holds symbolic significance. Loaves of bread take the shape of wreaths, hearts, crosses and even carpenter’s tools. Mounds of dried fava beans—remembered as the first crop to return after Joseph brought the rains—represent abundance, resilience and hope. Foods such as artichokes, chickpeas, fennel, citrus, figs, tomatoes and cardoons reflect Sicily’s bounty. And there’s always a vast spread of pastries—zeppole, cannoli, cookies and cakes. (St. Joseph also happens to be the patron saint of pastry chefs.)

“
‘It’s a wonderful holiday about being connected, people coming together, cooking, laughing and eating.’
”

Another important part of the day is feeding the hungry by bringing food to and volunteering at churches, shelters, nursing homes and soup kitchens. At home, the festive spread includes foods featured on the altar, pastas and fish (never meat, as this is the Lenten season).

In the U.S., nowhere is this saint’s day celebrated more elaborately than in New Orleans, a hub of Sicilian immigration in the late 19th and early 20th centuries. My own interest in the holiday was reignited after a St. Joseph’s Day visit to the restaurant Avo, in the city’s Uptown neighborhood, where I was delighted to find a painstakingly assembled altar as well as a lavish St. Joseph’s feast cooked by one of the city’s most talented chefs.

Avo’s chef/owner, Nick Lama, is a third-generation Sicilian American who started presenting a feast at the restaurant in 2016, the year after it opened. His mother, Lisa Saia, takes charge of the altar each year. “I have celebrated this my whole life,” she told me. “It’s a wonderful holiday about being connected, people coming together, cooking, laughing and eating. But there’s also the tradition of feeding the hungry and taking care of the community.”

Each year on March 19, Mr. Lama opens the restaurant early to allow neighbors to visit the altar and enjoy a buffet with salads, stuffed artichokes, pasta, cookies and sweets. At night, he offers a menu dedicated to the feast, highlighting Sicilian ingredients in dishes such as snapper with fava beans, chickpeas, wild mushrooms and olive tapenade. The menu changes year to year, but one item is sacrosanct: Pasta Milanese, despite its name, is Sicilian through and through. Also known as pasta con le sarde, the signature dish of St. Joseph’s feast consists of bucatini topped with sardines or anchovies and a sauce of tomatoes, onions and fennel, with a sprinkle of toasted breadcrumbs to symbolize the sawdust of St. Joseph’s workshop.

In years past, over 200 people visited Avo’s altar during the day and the restaurant was filled to capacity at night. This year Mr. Lama will host an intimate group at the altar and serve diners at limited capacity due to Covid-19 restrictions.

And those who plan to celebrate at home have a handy new guide just in time for the holiday: “Celebrating With St. Joseph Altars: The History, Recipes, and Symbols of a New Orleans Tradition,” by Sandra Scalise Juneau (March 10, LSU Press). The book features 60 recipes for traditional feast foods. A longtime lecturer on the subject, Ms. Juneau is perhaps St. Joseph’s Day’s top preservationist, having curated displays everywhere from the Hallmark Gallery in New York City to the 1984 World’s Fair in New Orleans to a permanent display in New Orleans’s Southern Museum of Food and Beverage.

In researching the book, Ms. Juneau has noticed a renewed interest in St. Joseph’s Day across the U.S. “Post-Katrina, when people left, they brought their food traditions with them, spreading this tradition beyond our borders,” she said.

The faithful call on St. Joseph to intercede during plague times, too. A feast and a prayer certainly can’t hurt. “People are really missing a sense of community and connecting in person as there is such isolation these days,” said Mr. Lama. “Something like a St. Joseph’s Day celebration is a reprieve and a reminder for people to work together as a community for the common good.” 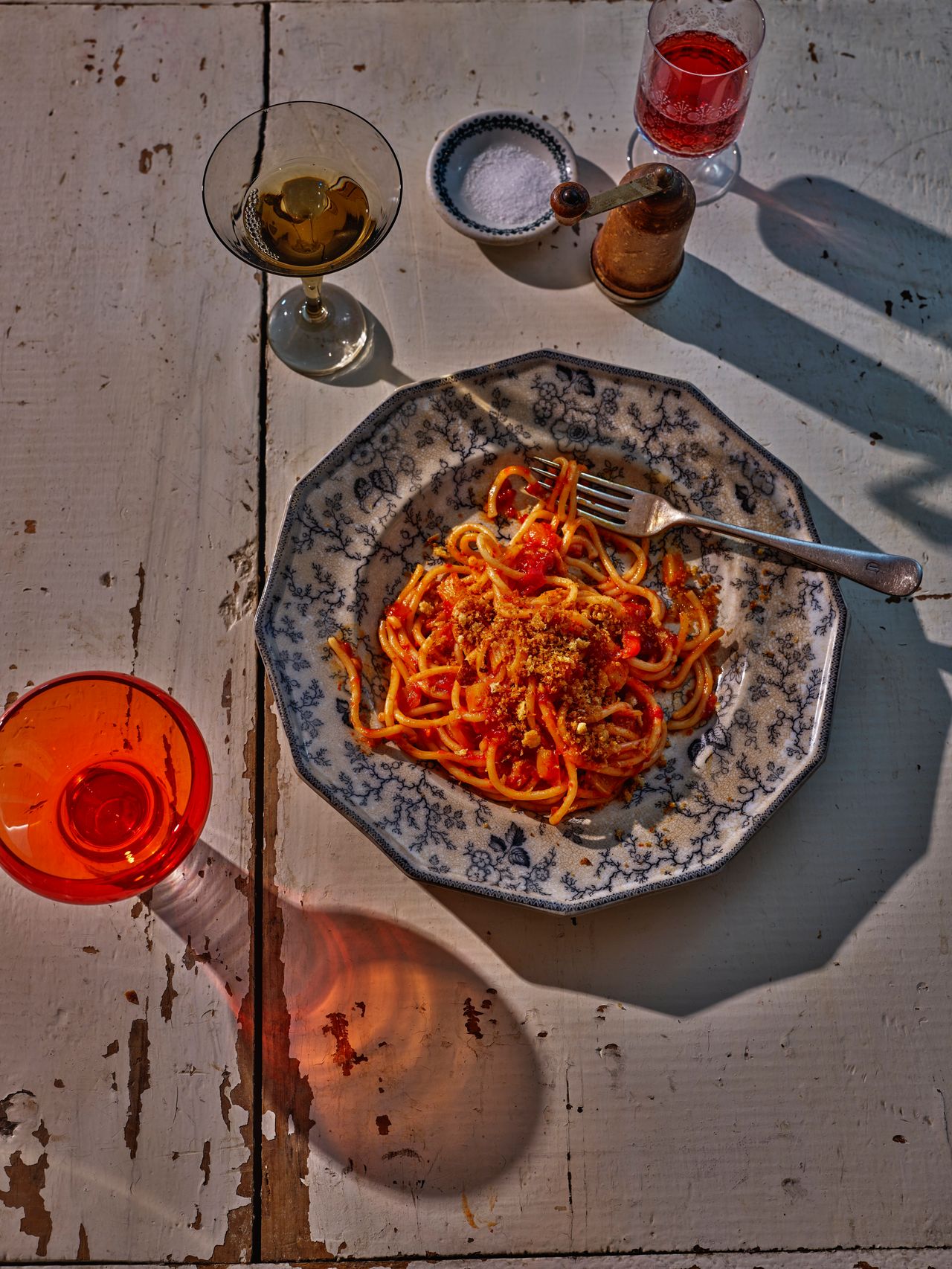 To explore and search through all our recipes, check out the new WSJ Recipes page.

5 Intimidating Wines That Are Actually Easy to Love

WHEN I POLLED friends a few months ago on wines they consider “easygoing,” I was surprised how many of them offered the same examples. But when I began reporting this column on “challenging” wines, each […]

Can Anyone But Justin Bieber and Brad Pitt Make Frosted Tips Look Good?

FEW MEN’S hairstyles provoke withering remarks the way frosted tips do. In the 1990s and early 2000s, however, teen heatthrobs, from actors to athletes to boy-band members, bravely made the highlighted look their calling card. […]

Mental Resilience Can Help You Through the Coronavirus Pandemic; Here’s How to Build It.

With Covid-19 cases rising in the U.S. and the economic outlook uncertain—just when many had hoped things would improve—it can be tough at times not to slide into despair. Rick Hanson, a clinical psychologist and […]