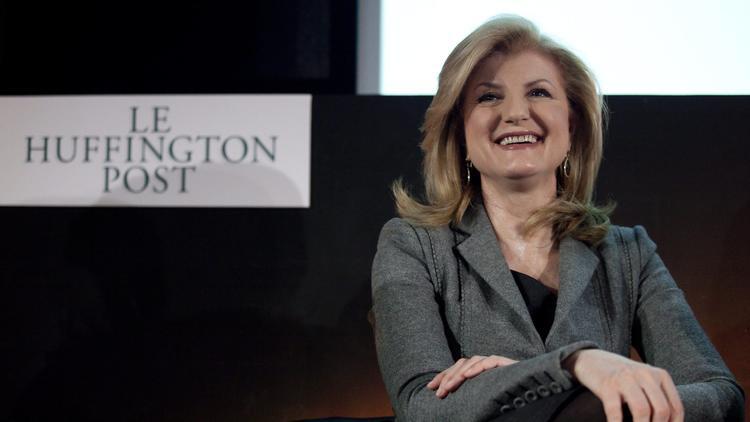 Someone on Wall Street ought to erect a statue to Henry Villard.

Villard made the discovery that if you don’t tell investors how you’re going to spend their money, they get more eager, not less.

Seeking to raise several millions of dollars in capital to take over a company but unwilling to reveal his target for fear of driving its price beyond his reach, Villard sent out a prospectus for a “blind pool,” stating that he would reveal “the exact nature” of his plans 90 days hence.

Rather to his surprise, his pool was sold out within 24 hours; indeed, investors bid for twice what he was asking. “All wanted more,” he recalled.

The year was 1881. Villard’s quarry was the Northern Pacific Railroad, with which he hoped to build a railroad network to the Pacific Northwest.

But what makes his scheme relevant is that the same principle of raising money via a blank check has become the latest craze sweeping Wall Street.

Today they have a new name — Special Purpose Acquisition Companies, or SPACs — but the concept hasn’t changed since Villard’s day. SPACs raise money, typically by the hundreds of billions, for pools that promise only to merge with another company sometime in the near future.

Some SPACs say they’ll be hunting for merger partners in particular fields, but generally the targets are unknown, even to the SPAC promoters.

As of last month, according to the market service SPAC Research, 204 new SPACs have raised $65.4 billion so far this year, meaning that the 2020 record of 248 SPACs raising $83.4 billion is destined to fall. And that was six times as much as SPACs had raised in 2019.

SPACs have become the latest must-have among bigshots. The field has attracted pop stars and sports stars, former political heavyweights and, of course, leading Wall Street and business figures.

Colin Kaepernick, Arianna Huffington, former Trump aides Wilbur Ross and Larry Kudlow and former House Speaker Paul Ryan are all associated with SPACs in one capacity or another.

At the other end of the pipeline, SPACs have gravitated toward companies in buzzy fields such as cannabis and online gaming. And those companies know they’re the belles of the SPAC ball.

One reason that companies with conjectural futures gravitate toward SPACs is that financial regulators give SPAC mergers much lighter scrutiny than conventional initial public offerings.

That points to the punchline in this story. If you’ve followed financial history, you already know it: Whenever a craze metastasizes from Wall Street into the outside world, the smart policy is to run away.

The SPAC concept is already festooned with misleading jabber and outright misrepresentation. SPACs have been described as “poor man’s private equity” and “instruments of financial democracy.”

That implies that they’re a good way for the average person to get in on investments previously reserved for rich insiders. They’re also pitched as cheaper routes for start-up companies to go public than IPOs.

Those descriptions are all “off the mark,” law professors Michael Klausner of Stanford and Michael Ohlrogge of New York University reported in a paper last November. (Their paper is titled “A Sober Look at SPACs.”)

Their conclusion, based on an analysis of all 47 SPAC deals that took place between January 2019 and June 2020, was that the SPAC market is still dominated by big institutions.

Nor is it necessarily cheaper than conventional IPOs, they found: “Costs built into the SPAC structure are subtle, opaque, and far higher than has been previously recognized.”

In other words, for investors and start-ups alike, SPACs present nothing new under the sun. They just look new.

Let’s examine how SPACs work in their modern guise.

The process starts when a promoter — “sponsor,” in SPAC terminology — stages an initial public offering, typically at $10 per share. Investors are promised that the resulting fund will seek a merger partner sometime within the following two years.

In addition to shares in the SPAC, the initial investors also receive a warrant to acquire shares in the merged company, typically at an exercise price of $11.50 per share, and sometimes a further right to acquire post-merger shares.

Once a SPAC finds a target and proposes a merger, the original investors have the option of redeeming, or selling back, their shares, receiving their initial investments back plus interest. But they get to keep the warrants and rights.

The SPAC investor’s gamble is that the SPAC will announce what Andrew Walker, an investment analyst who follows the field, calls “a particularly good deal in a particularly buzzy sector.” If so, the SPAC shares will trade higher, pre-deal.

If the announced deal produces yawns, the SPAC investors can redeem, getting back their original investments, pocketing their risk-free interest earnings, and holding onto their warrants in case the merged company is a winner.

One possible pitfall is that SPAC sponsors will rush into a merger as the two-year deadline beckons. That’s the accusation behind a class-action lawsuit filed in 2019 against Landcadia Holdings, a SPAC that merged with the food-delivery service Waitr in 2018. The case is awaiting a key ruling in federal court this month.

Investors in the SPAC assert that their experience shows that the rush into a deal is a “recipe for disaster.” Waitr, they say, wasn’t close to profitability and didn’t have a plan to reach black ink. But the deal was accompanied by overly rosy projections. They want Landcadia held responsible.

According to Klausner and Ohlrogge, the vast majority of SPAC investors bail out through redemption — the average redemption rate among the 47 SPACs they examined was nearly 60%, with one-fourth of the SPACs experiencing redemptions of more than 95%.

Sounds like a pretty good deal. But as Klausner and Ohlrogge calculated, that’s true mostly for the redeeming investors. For those who stay invested through the merger stage, a panoply of hidden costs kick in. These include sponsors’ claims on shares, which can come to 20% of the total SPAC value.

SPAC shares “tend to drop by one-third of their value or more within a year following a merger,” Klausner and Ohlrogge report. Indeed, “many SPACs with high-profile sponsors have performed disastrously.”

One pitfall is indulgent regulation. The Securities and Exchange Commission imposes stringent standards on traditional IPOs. The issuing company must disclose its past financial performance with audited figures; the SEC frowns on plying investors with conjectures about future financial expectations, which obviously can’t be audited.

SPAC deals with start-ups are treated not as IPOs, but mergers, where projections are allowed. That’s inviting for many start-ups,

Consider what has become a notoriously disappointing SPAC merger, which brought together a SPAC called Churchill Capital IV, run by a financier with three previous SPACs under his belt, and the electric car company Lucid Motors.

Lucid aims to compete with Tesla in the luxury car market with a model priced initially at up to $170,000. Tesla cars, it sniffed in an investor presentation issued with the merger announcement, are “innovative but not luxury.”

Lucid had no past performance to disclose, since it has never sold a car and doesn’t expect to until late this year at the earliest (after having forecast that its luxury vehicles would roll off its Arizona assembly line as soon as the second quarter of this year).

Churchill shares had more than quintupled in price to $57.37 after the Lucid deal was first rumored in January but plummeted to $35.21, a nearly 40% fall, the day the $4.4-billion deal was announced. They’re now trading in the region of $29.

The disappointment was likely due to the production delay and some dismal financial statistics: Lucid said it would need $600 million in financing even after the merger and expects to burn about $9.8 billion in cash until it turns cash flow-positive in 2025. No one can be sure if or how it will fill that financial hole.

SPACs, then, have begun to display all the signs of a bubble. The record of success for the investment devices is at best mixed, and certainly worse than would justify the enthusiasm.

So what accounts for the craze? “Perhaps fueling the hype,” Klausner and Ohlrogge write, “are … press reports that focus on a few successful, high-visibility SPACs.”

As time goes on, however, it’s likely that more deals with the disappointing coloration of Lucid will come to the fore. The advantages enjoyed by start-ups going public via a SPAC are the product of a “loophole” that should be closed by the SEC, Klausner and Ohlrogge argue.

It won’t be long before sophisticated investors become fully alive to the pitfalls of SPAC investments, including their hidden costs. They’ll gravitate toward SPACs sponsored by financiers with good track records and managerial skills, not those associated with figures from the entertainment, sport and political worlds.

All would be well-advised to consider the ultimate fate of Henry Villard. As he neared the apogee of success, he built a landmark residence on New York’s Madison Avenue, designed by Stanford White, that is still remembered as the Villard Houses.

One night after he moved in, he was visited by a delegation of investors and auditors who informed him he was bankrupt. He and his family vacated the residence, which was sold to Whitelaw Reid, publisher of the New York Tribune.

Much later it served as the facade of the 55-story Helmsley Palace Hotel, where the society figure Leona Helmsley reigned until her conviction for tax evasion in 1989. The hotel passed into the ownership of the Sultan of Brunei, who eventually sold it to a South Korean resort firm that operates it today.

Villard had one more brush with greatness. In 1887 he was invited to resume the presidency of the Northern Pacific but drove it into receivership by loading it with extortionate loans to himself.

Villard, as it happened, was much more skillful at raising money than deploying it wisely. That’s a Wall Street story that never seems to grow old.

When will I get my second COVID-19 stimulus check?

President Trump signed a $2.3 trillion spending bill Sunday — despite his own late objections — that funds the government and includes $900 billion in stimulus provisions for struggling households and businesses. The measure comes […]

As many Americans struggled during the COVID-19 pandemic, median pay for CEOs at more than 300 of the nation’s largest public companies zoomed to $13.7 million, up from $12.8 million a year earlier, according to […]