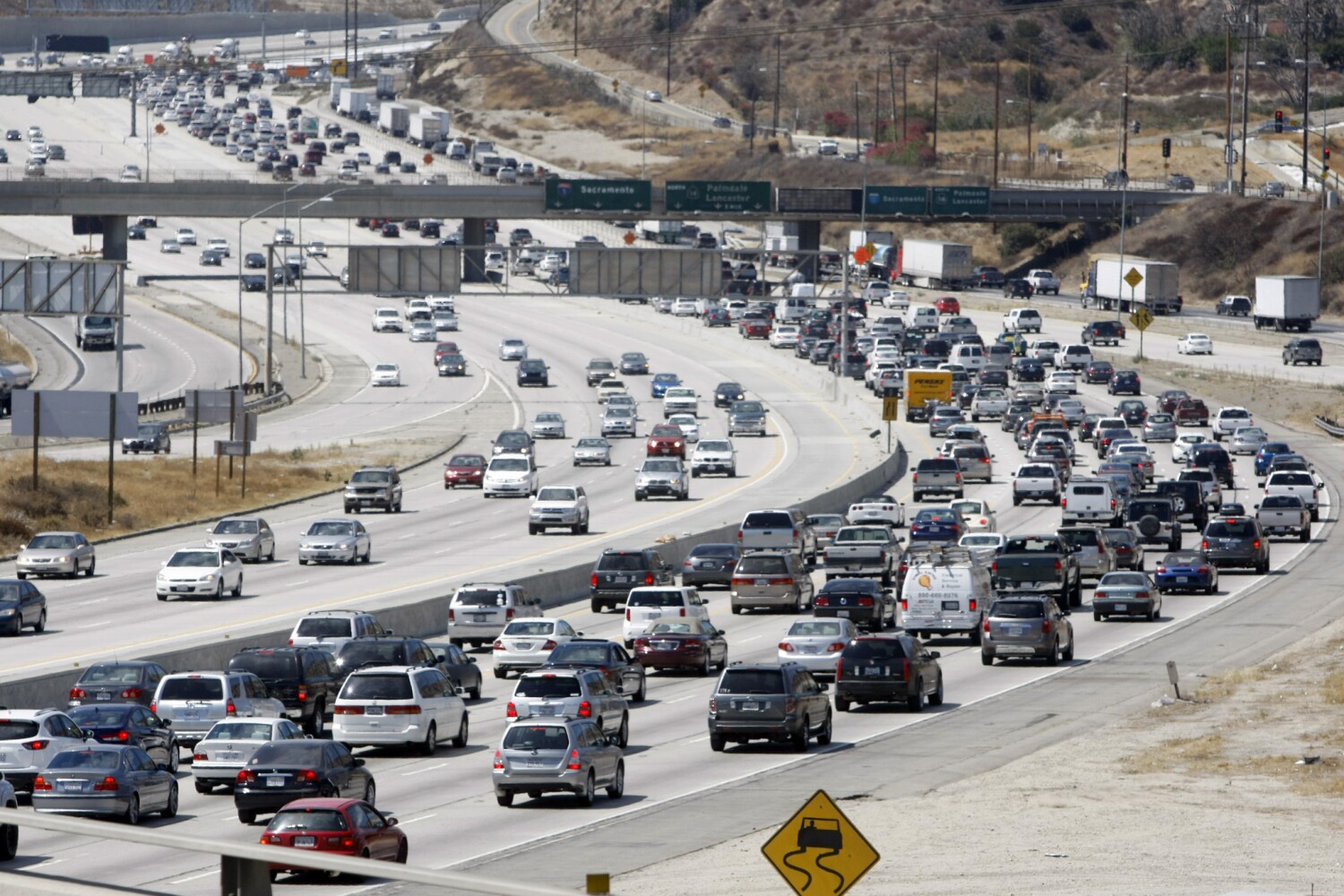 Fear of the coronavirus will likely be responsible for the biggest drop in Thanksgiving holiday travel by Southern Californians since the Great Recession of 2008, dealing another blow to already beleaguered travel industries.

During the upcoming five-day holiday travel period, 3.86 million Southern Californians will take trips — down 13.5% from 4.46 million in 2019 — according to a forecast by the Auto Club of Southern California. That represents the largest year-over-year drop since 2008, when Thanksgiving travel slumped 26%.

Of the Southern Californians who do plan to travel, 92% plan to get out of town by car, up from 86% in 2019, according to the Auto Club. One thing that might ease their way: Gas prices are down. On Thursday the average price of a gallon of regular gasoline in the Los Angeles-Long Beach area was $3.156, according to AAA, down from $4.071 at this time last year.

With coronavirus cases on the rise in California and nationwide, the Centers for Disease Control and Prevention recommends that if people choose to have holiday gatherings at all, they should limit the number of attendees, stay outdoors and keep members of different households at least six feet apart.

The Auto Club forecast spelled more doom for the already struggling airline industry, projecting that air travel for the holiday will drop about 47% in California and the U.S. compared with last year’s Thanksgiving holiday weekend.

Air travel demand on U.S.-based airlines has been down about 65% in recent weeks compared with the same period last year, according to Airlines for America, a trade group for the country’s air carriers. It said the industry has reported pre-tax loss of $36 billion for the first nine months of the year.

At Los Angeles International Airport, one of the nation’s busiest, carriers are scheduled to offer up to 150,000 seats on flights landing and taking off during the Thanksgiving holiday period of Nov. 19 though Nov. 30, down from nearly 300,000 seats offered in the same period last year, LAX spokesman Heath Montgomery said.

But predicting how many travelers will fill those airlines seats is “basically impossible,” he said, noting that many states and international destinations have imposed travel restrictions because of the pandemic.

Some airline executives are holding out hope that travelers may book last-minute trips.

“During the Thanksgiving holiday, we will increase our flying by approximately 15% compared to the rest of the month, from an average of 3,500 daily flights to more than 4,000 flights per day,” American Airlines spokesman Curtis Blessing said.

Nationwide the rate of hotel rooms that are occupied was 44.4% for the week that ended Oct. 31, down from 62.6% the same week last year, according to travel research firm STR.

More than half of the nation’s hotels report that they have already cut staffing by more than half. The American Hotel and Lodging Assn. trade group predicts that unless the government provides additional financial aid, 74% of hotels will make further layoffs.

“This holiday season will be an especially difficult time for all Americans, and our industry is no exception,” Chip Rogers, president and chief executive of the hotels trade group, said in a statement. “Fewer people will be traveling, and business travel remains nearly nonexistent.”

One of the most iconic Thanksgiving Day traditions will also be dramatically altered, though people outside New York City may not notice. The Macy’s Thanksgiving Day parade is eliminating the crowds along its traditional 2.5-mile parade route and instead putting on a television-broadcast-only production staged in front of Macy’s flagship store on 34th Street in Midtown Manhattan.

Can I travel out of state? A guide to COVID-19 trips

As Labor Day looms, where can you go to mark the unofficial end of summer? Can you visit a state that has reopened? Or one that’s still reopening? How do you find out about local […]

Bay Area not enforcing COVID-19 quarantine as New York does

San Francisco and Santa Clara are California’s only two counties that have enacted orders requiring travelers to quarantine on arriving in their jurisdictions. But unlike in New York state, it is unclear whether authorities are […]

Field of Light display at Sensorio in Paso Robles reopening

Bruce Munro’s artsy superbloom of thousands of solar-powered stemmed lights has wowed visitors in a Paso Robles field for more than a year. The art installation, which had to close temporarily in March because of […]