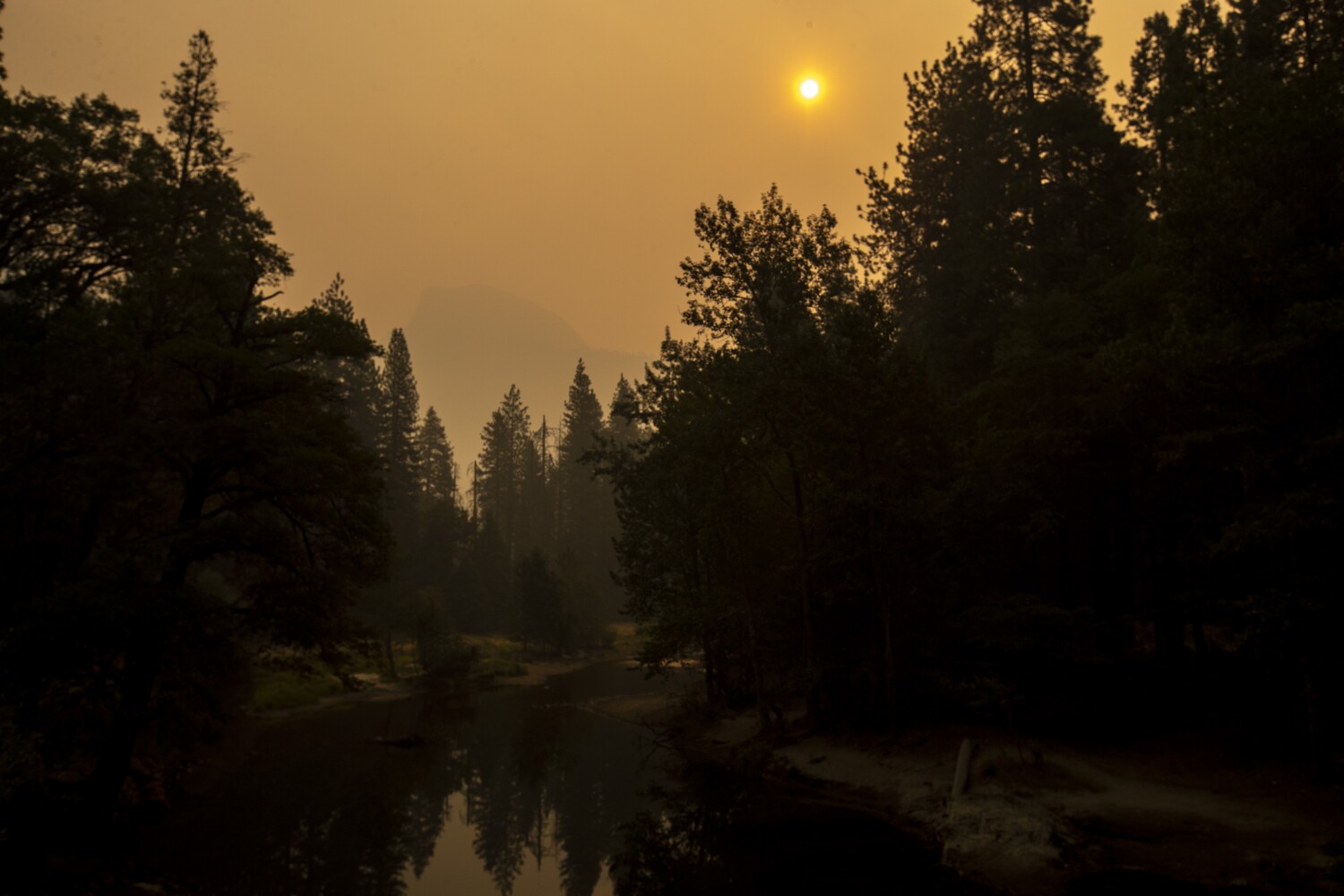 Yosemite National Park will close temporarily starting at 5 p.m. Thursday and will likely remain closed through the weekend because of smoky skies and hazardous air quality, according to a park statement.

Because of smoke from nearby fires, the air over the park will be in the “unhealthy to hazardous range over the next several days,” the statement said.

Airnow.gov showed a 681 pollution score for air in Yosemite Valley; hazardous air scores at 301 and above, with a scale starting at zero. The higher the air-quality index number, the more polluted the air. People breathing hazardous air should stay inside and avoid activity.

The biggest fire near Yosemite is the Creek fire, which started Sept. 4 and had grown to 244,756 acres as of Thursday afternoon. It’s burning in the Sierra south of Yosemite. Also, two small lightning fires are burning in the southern part of the park.

Sequoia National Park in the western Sierra shut Tuesday because of proximity to the Sequoia Complex or SQF fire, described as a lightning blaze made up of the Castle and Shotgun fires, according to fire-reporting website InciWeb. It started Aug. 24.

All of California’s 18 national forests are closed because of extreme fire risk.

The Standard Hotel in West Hollywood is shutting down

The Standard hotel on the Sunset Strip in West Hollywood is scheduled to close Friday, 22 years after opening with the financial support of such stars as Leonardo DiCaprio, Cameron Diaz and Benicio del Toro. […]

Las Vegas visitors, get ready to cover up. Travelers and residents in Nevada are now required to wear masks when they are indoors in a public place. That means visitors to the city’s dozens of […]

Brooklinen’s Prime Day 2020 Deal: Everything You Need To Know

Brooklinen’s Prime Day 2020 Deal: Everything You Need To Know | HuffPost Life Part of HuffPost Home & Living. ©2020 Verizon Media. All rights reserved. Brooklinen’s bedding experts have a surprise for you this Prime […]