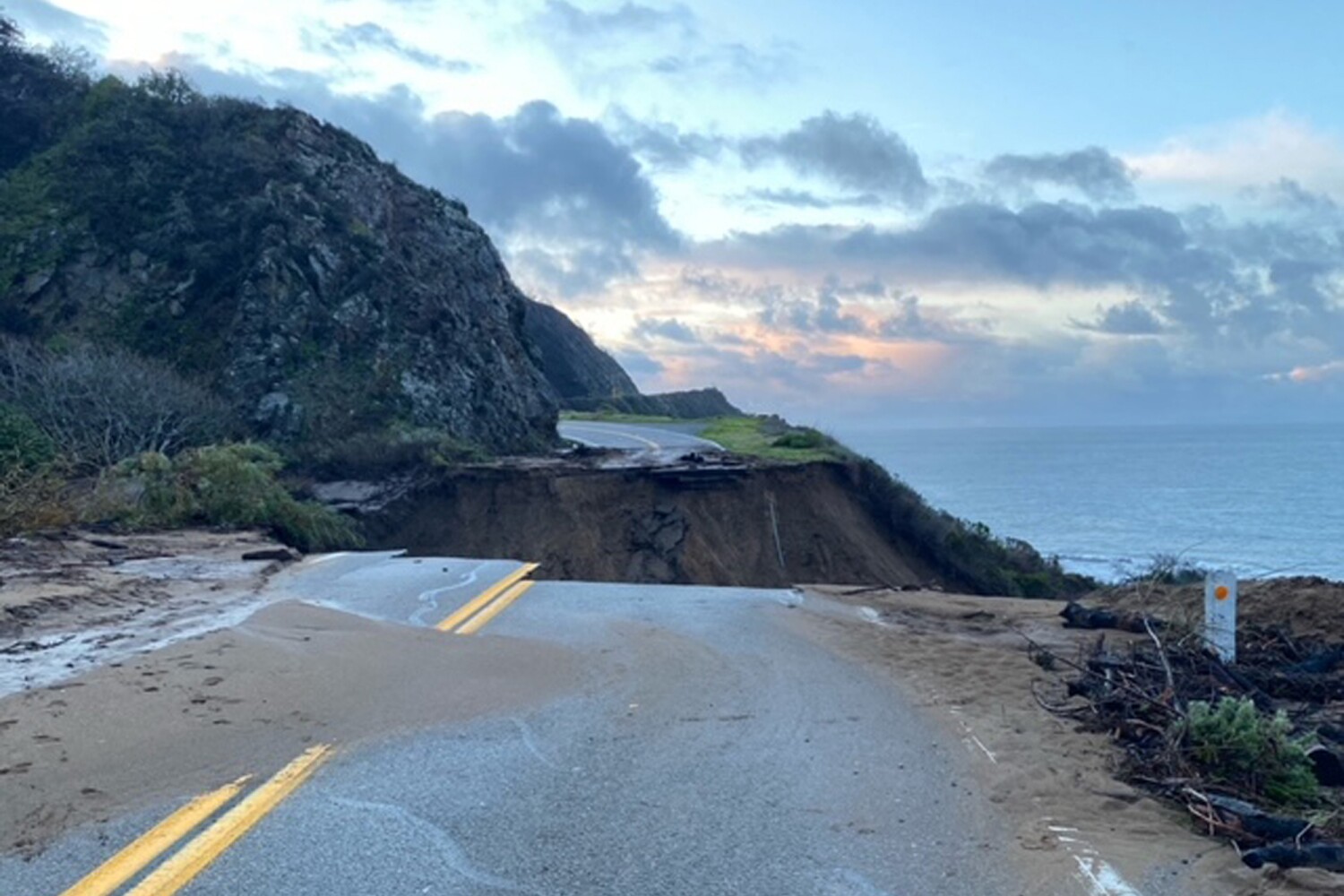 A scenic stretch of Highway 1 near Big Sur that collapsed because of a winter storm this week will cost millions of dollars to repair, and it is unclear how long it will take before the roadway is fixed, officials said.

“We wanted to have the closure in place just in case evacuations become mandatory,” said Caltrans spokesman Jim Shivers. Evacuation orders were never issued for the portion of the highway that collapsed, Shivers said.

The company will work under Caltrans engineers to ensure the repair is up to state standards, Shivers said. There is no timetable for the project’s completion.

The destruction is known as a slip out, a collapse that occurs when the soil on either side of the road is so saturated nothing can hold it, Shivers said.

Firefighters used earth-moving equipment Thursday to rescue a horse and pony from deep mud near the Sierra de Salinas mountain range on the northeast side of the River fire burn scar. The wildfire burned more than 48,000 acres last fall. The soil there is unstable and, without vegetation to hold it in place, at heightened risk for debris flows and mudslides.

A winter storm stalled in the region Thursday before moving to Southern California, bringing moderate mudslides to Orange County and hail to Los Angeles County beaches.

The Associated Press contributed to this report.

Should You Travel To A Reopened State?

When Georgia allowed businesses to reopen at the end of April, many visitors from elsewhere flocked to the Peach State to take advantage of the restaurants, salons, bowling alleys and more. As other states followed […]

HuffPost may receive a share from purchases made via links on this page. Prices and availability subject to change. I’ve never lost a passport, phone or ID at an airport, but I most certainly am […]

If you’ve been to San Diego, you’ve probably navigated Harbor Drive. It’s the busy street running from Point Loma to downtown that passes the airport and skirts the harbor. It makes a fine driving tour […]