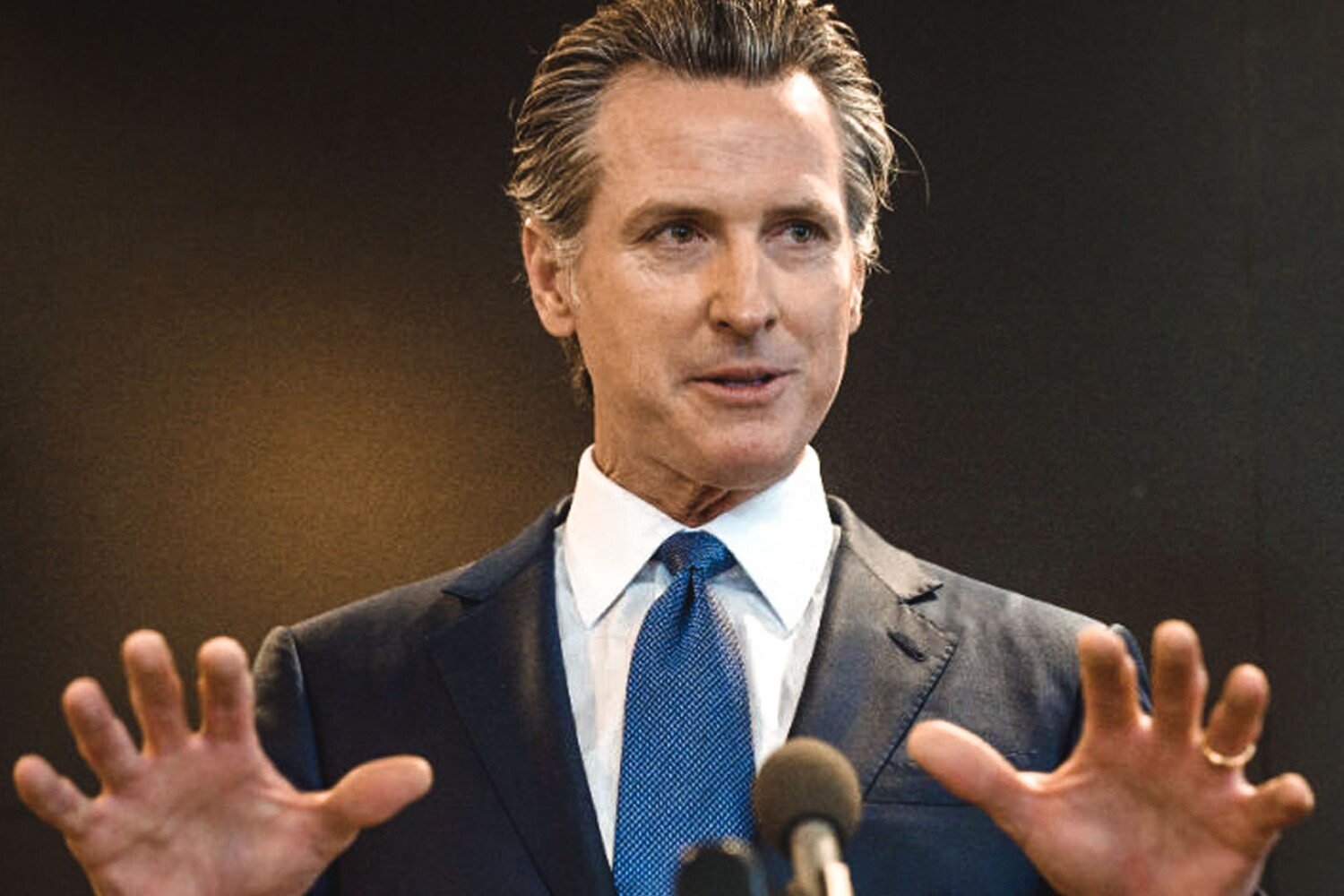 Gov. Gavin Newsom on Monday defended his efforts to fix an outdated state unemployment benefits system that has delayed payments to tens of thousands of Californians who have lost their jobs since the outbreak of the COVID-19 pandemic and face increasingly dire financial circumstances.

A “strike team” investigation ordered by Newsom was released late Saturday night, concluding that the number of bogged-down claims continues to rise by 10,000 a day — even though the governor had pushed to clear the backlog by the end of September. The report estimated that it may take until January to fully address the backlog.

Newsom said that actions being taken by his administration will allow unemployment claims to be processed substantially faster and put money in the hands of Californians more quickly. He again blamed the delays on the unprecedented influx of unemployment claims filed during the pandemic, a crush that overwhelmed a system that still relies on 30-year-old technology.

But the governor sidestepped a question to offer any specific timelines for improvement.

“We are committed to getting this done and we recognize the magnitude of the responsibility and the extraordinary challenge that we have in front of us,” Newsom said Monday. “We’ll be transparent with you and others in real time over the course of weeks, not waiting months.”

The strike team’s report follows months of complaints from unemployed Californians who have reported repeated failed attempts to wade through a nightmarish bureaucracy to resolve their claims, experiencing problems such as paperwork errors compounded by computer glitches, overloaded phone lines and unanswered emails sent to the agency.

EDD officials have also come under fire from legislators, who last week approved an emergency audit of the agency’s performance in response to the criticisms and following reports of widespread fraud in the unemployment system.

“I am concerned this is too little, too late for Californians experiencing extreme financial stress as a result of EDD’s failures,” Assemblyman David Chiu (D-San Francisco), a leading critic of the EDD, said in a statement. “It is highly unsatisfactory that people who have waited since the pandemic began may continue to wait the better part of a year for assistance.”

State Sen. Jim Nielsen (R-Gerber) on Monday also criticized the agency’s plans to delay accepting any new claims for two weeks until a faster system is in place.

“They made this catastrophic news public on a Saturday night in hopes that the people won’t notice,” Nielsen said. “If this closure is to improve services for public benefit, why the late Saturday night news dump?”

On Monday, the governor said he released the strike team’s report as it was completed: “I didn’t want to wait another day.”

Newsom also said that, despite the delays, he believes that California has performed much better than most other states in processing unemployment claims, specifically as it relates to the percentage of people who have filed for benefits and received money.

“I’m not here to compare and contrast. I’m here just to give you a sense of what governors, what state legislatures all across this country are facing in terms of this historic number of cases that we have to adjudicate,” Newsom said.

Yolanda Richardson, secretary of the state Government Operations Agency, said the new system will be able to process unemployment claims substantially faster, allowing for 90% of claims to be processed online in a matter of weeks. Currently, 40% of all applications must be manually processed to verify the identity of claimants and guard against fraud — a process that can take months.

“By embracing this reset, we are giving them a 90% chance going forward of having a much faster experience. This is about getting a check in their hand much faster,” Richardson said Monday.

The task force report listed more than 100 recommendations that would allow out-of-work Californians to receive faster assistance online or by phone to resolve problems that have, to date, delayed more than 1.5 million claims. The state already is close to implementing one key recommendation in the report: a streamlined identity verification process that would enable 90% of applications to be approved online in as little as a few weeks.

Since the COVID-19 outbreak in March, the state has paid out more than $86 billion in unemployment benefits after processing some 12.6 million claims. About 5.1 million Californians were paid benefits during the week that ended Sept. 12.

However, thousands of jobless residents have complained that the agency’s numerous ongoing issues have for months prevented them from getting unemployment benefits so they can pay their bills.

Seattle became the second city after New York to implement a legal wage floor for Uber and Lyft drivers on Tuesday. The new law will require the ride-hailing giants to pay at least $16.39 per […]

The company that makes Lysol products has urged people not to try injecting disinfectants to treat coronavirus after U.S. President Donald Trump said it “would be interesting to check that.” Manufacturer RB was forced to […]

After four months of working for the small management consulting firm Red Associates in New York City, Funke Sangodeyi felt like something was “off.”  Sangodeyi, who has a bachelor’s degree and a Ph.D. from Harvard […]