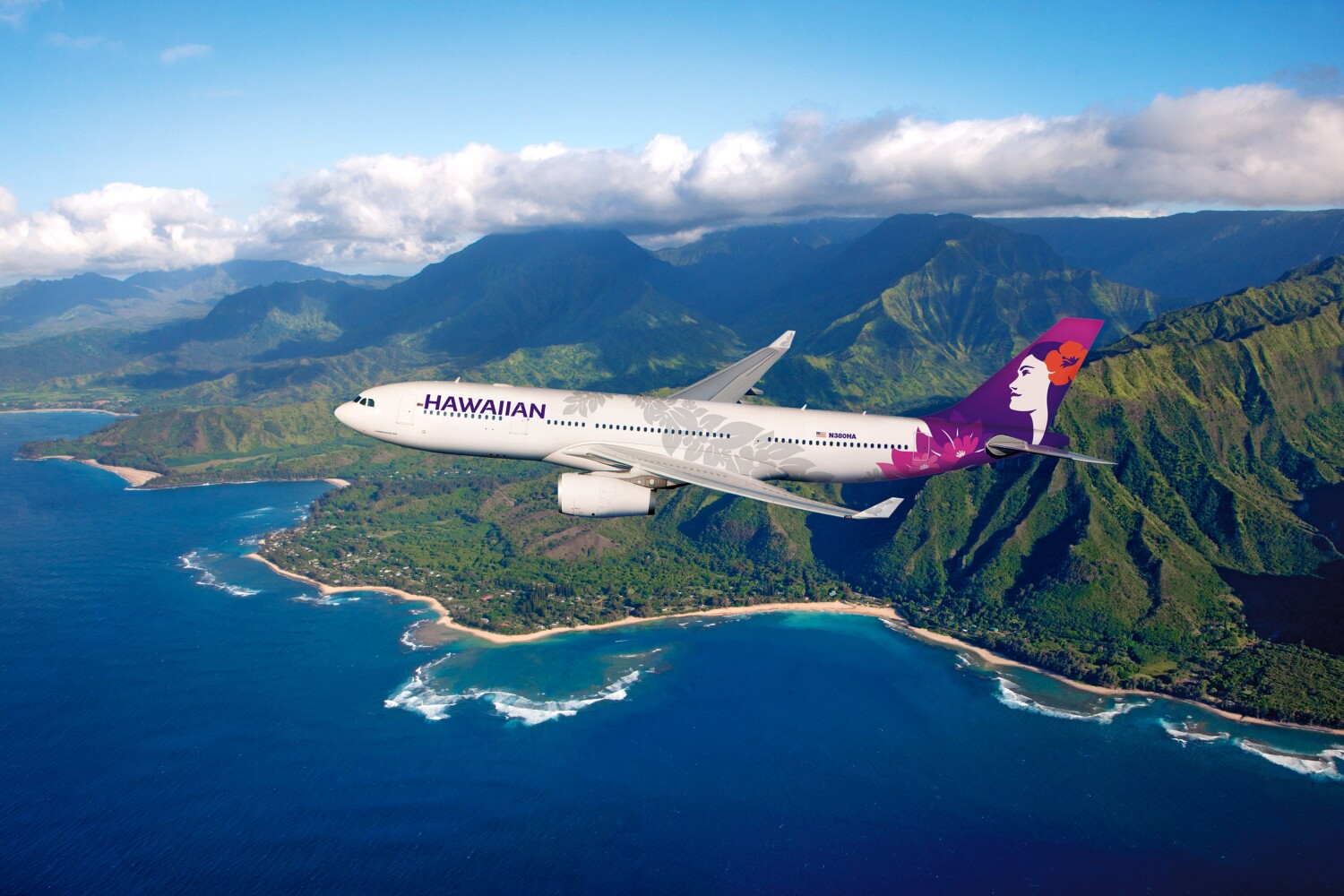 As Hawaii prepares to ease its pandemic quarantine rules on Oct. 15, Hawaiian Airlines says it will offer pre-flight COVID-19 testing to passengers flying from LAX and San Francisco International Airport.

The tests, which will cost $90-$150, are intended to give passengers an easier way to show island authorities a fresh negative result. Starting Oct. 15, Hawaii will waive its 14-day quarantine requirement for passengers who can show negative results from an approved COVID test within 72 hours of departure.

In announcing the tests, Hawaiian joins United Airlines, which Thursday unveiled a similar plan for passengers flying to Hawaii from San Francisco. As airlines seek to revive traffic to the islands, they have been offering round-trip fares as low as $300.

Under the Hawaiian Airlines plan, it will team with Long Beach-based Worksite Labs to offer drive-through Droplet Digital Polymerase Chain Reaction (PCR) shallow nasal swab testing, which meets Hawaii’s requirements. The companies haven’t announced testing locations, except to say that they will be convenient to LAX and SFO, and that testing will cost $90 for results within three days or $150 for day-of-travel express service.

The airlines said it will fly at no more than 70% cabin capacity through October to allow for greater distancing in flight.

The United Airlines testing plan, first of its kind among major carriers, gives passengers the option of taking “a rapid test at the airport or a self-collected, mail-in test ahead of their trip.” The airport tests will be Abbott ID NOW molecular tests, administered by GoHealth Urgent Care and partner Dignity Health at a site inside the SFO international terminal, with results promised in “approximately 15 minutes.” The airline said it has been using the same test on its international flight crews since July.

United did not cite prices in its announcement or respond to questions about the cost of testing. The Washington Post and SFGate.com have reported that the rapid tests will cost $250, the mail-in test $80.

United’s mail-in tests are self-collected and administered by Color, which texts or emails the results to travelers. The airline recommends that travelers buy the test at least 10 days ahead of their trip and collect their sample within 72 hours of departure time, then send test results by overnight mail or an SFO dropbox.

Hawaii state officials have released a chart to help passengers understand how passing a COVID test can help them avoid a quarantine. The state has said it will work with “approved trusted testing partners” Kaiser Permanente and CVS pharmacies and noted that it requires FDA-approved nucleic acid amplification testing by nasal swab.

HuffPost may receive a share from purchases made via links on this page. Prices and availability subject to change. kiboka via Getty ImagesThe best weekender bag is the one that works for you and your […]

If you jump on a United Airlines flight, you are likely to see the Clorox logo on signs and posters as you board. Check into a Marriott or Hyatt hotel and expect to see stickers […]

The nation’s largest flight attendants union called for a stop to all leisure travel as the death toll from the novel coronavirus pandemic rises and airlines leave workers exposed. On a Monday morning call with […]