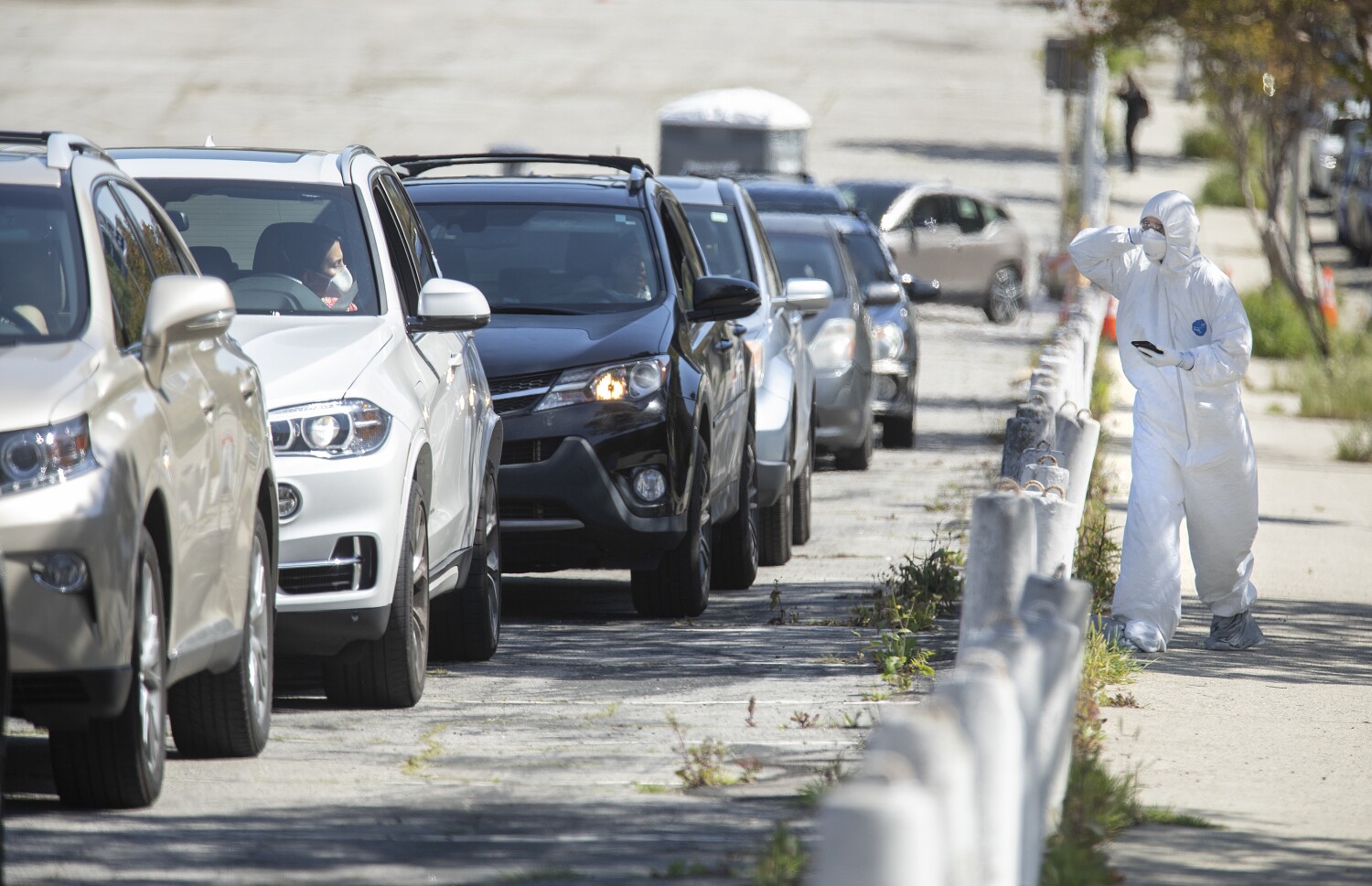 Federal regulators revoked the authorization of a COVID-19 test that has been given to millions of people for free across the country, including hundreds of thousands in Los Angeles.

The Food and Drug Administration said Curative, the Southern California startup that had brought in more than $1 billion in revenue through the test, had asked the agency to pull its authorization. The company says it no longer needs to use the unique mouth-swab test.

In January, the FDA had alerted the public that Curative’s test could produce false results, causing people to possibly delay treatment and unknowingly spread the virus.

Fred Turner, the 26-year-old founder of Curative, told The Times earlier this year that the FDA was wrong to question the accuracy of the company’s test. Turner said then that he was working with regulators to change or eliminate the warning, yet the agency has not changed its position.

Curative executives said they had asked the FDA to revoke the test’s emergency use authorization because the company has switched to offering tests provided by Abbott, a global supplier of medical tests. The Abbott tests, which have been authorized by the FDA, use a nasal swab and can detect not just COVID-19, but also the flu and respiratory syncytial virus.

Curative declined on Friday to say whether the FDA’s decision not to remove or change the January safety alert had played a role in its decision to stop using its oral test.

The company said in a statement that it believed Abbott’s test for multiple viruses would help patients.

“As the circumstances of the pandemic and patient needs have changed, we looked for a test that would work well in our laboratory and supply chain, and also better serve the needs of patients who are looking for other indications,” it said.

“We stand by our data and the performance of the Curative SARS-CoV-2 assay,” it added.

The company said it offers the virus tests from Abbott at thousands of locations in 20 states.

Though some governments had stopped using Curative’s mouth-swab test after the FDA alert about the test’s accuracy in January, the city of L.A. had continued to offer it. City officials said then they believed it was working to find infections.

The FDA had required Curative to report each time it learned of an inaccurate test result. The company did not say how many patients may have received inaccurate results, stating only that it “continues to work with FDA on all medical device reporting requirements.”

Turner was just 24 when his privately held startup created a test for COVID-19 early in the pandemic. He got a big break when L.A. city officials chose the company’s test to be offered at Dodger Stadium and other mass testing sites in the spring of 2020.

At that time, COVID-19 tests were hard to find because of shortages of materials such as nasal swabs and lab equipment. Masks and gowns needed by the health professionals administering the tests were also in short supply.

Curative avoided those problems by using an oral swab that patients could administer inside their cars at mass testing sites. Patients were told to cough three times and then swab their gums, tongue and other areas inside their mouths for at least 20 seconds.

According to invoices, the city of L.A. paid Curative $115 to $150 upfront for each test kit as they were delivered by the thousands to sites across the city.

Curative’s success in L.A. helped persuade other governments across the country to hire it to set up similar testing sites. By mid-March it had conducted more than 17 million tests. It once estimated it was performing about 10% of all COVID-19 tests administered each week in the U.S.

Yet some governments decided to use Curative’s test in ways the FDA had not authorized, including to test those who did not have symptoms. When the agency gave Curative an emergency use authorization in April 2020, regulators said the company could not promote it to those without symptoms of COVID-19 because the company’s clinical trials had shown its accuracy dropped for those people.

On Friday, Curative said the Abbott test would allow it to “rapidly expand the range of testing services we offer while continuing to invest in new offerings for our patients.”

The company operates through thousands of kiosks, drive-throughs and mobile testing sites in vans. It has also delivered more than 2 million doses of COVID-19 vaccine, it said.

There are a lot of reasons Americans are reluctant to get vaccinated, and one of them has nothing to do with religion or politics: It’s the fear of lost income. For many people, getting the […]