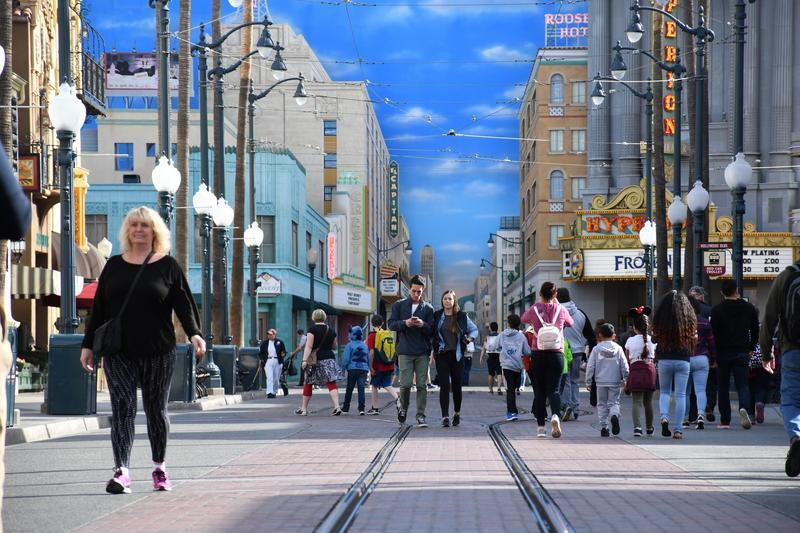 It’s still not clear when Disney’s theme parks in Anaheim will reopen, but the House of Mouse hopes to appease its most ardent fans by holding a food and beverage festival on the grounds of its California Adventure Park in March.

To help launch the festival, Disney announced it would recall about 1,000 employees who were laid off or furloughed after Disneyland and California Adventure Park closed last March as the COVID-19 pandemic swept into the United States. An additional 350 Disney staffers have returned to work with the recent reopening of the eateries and stores in the adjacent shopping district known as Downtown Disney.

The food and beverage festival, tentatively scheduled for mid-March, will invite guests to wander through the park, shop for food, drinks and souvenirs, and take in what Disney calls “unique, carefully crafted entertainment experiences.” Dates and ticket prices have yet to be announced, and no details on the entertainment were released.

“This past year has presented extraordinary challenges, but that has not curtailed in any way our ability to move forward with a spirit of optimism,” Disneyland Resort President Ken Potrock said in a memo to employees Monday.

State restrictions prohibit theme parks from operating attractions, but the Downtown Disney retail area next to the parks has been operating its shops and eateries since July. In November, Disney also opened the shops and restaurants on Buena Vista Street, a main thoroughfare inside Disney California Adventure. The outdoor dining offered at Downtown Disney and Buena Vista Street was temporarily shut down in December when Gov. Gavin Newsom issued a stay-at-home order in response to rising coronavirus cases. The governor lifted that order last month, allowing restaurants to offer al fresco dining again.

Food and beverage festivals have been an increasingly popular event at Disneyland Resort, such as the Lunar New Year festival, which has featured booths scattered across Disney California Adventure offering traditional Chinese dishes and drinks, as well as musical performances and dancers.

It’s unclear how Disney will offer entertainment during its March festival without letting parkgoers congregate in violation of social distancing guidelines.

Disneyland executives, along with the state’s other theme park operators and mayors of cities that are home to theme parks, have been pressuring the governor for months to create health protocols that let the parks reopen soon. He has not budged.

In October, Disney laid off 28,000 workers across its parks, experiences and products division; about 10,000 of those job cuts were at the Disneyland Resort parks, hotels and stores in Anaheim. Another wave of layoffs followed in November.

Two state lawmakers, Assembly members Sharon Quirk-Silva (D-Fullerton) and Suzette Valladares (R-Santa Clarita), introduced a bill last week that would speed up the reopening of all parks in the state by moving them into a less restrictive tier on the governor’s “Blueprint for a Safer Economy.” If the bill passes, Newsom is unlikely to sign it.

Newsom’s guidelines tie the reopening of the parks to the infection rates and number of coronavirus cases per 100,000 residents in the counties that are home to the parks, as well as to an equity benchmark. If the spread of the virus in a county falls enough, the theme parks in that county can reopen.

Cruise Lines Are Paying Customers Not To Cancel Despite Coronavirus Risk

The travel industry as a whole is suffering due to the rapid spread of the novel coronavirus, which as of Wednesday had infected more than 120,000 people globally. But it’s cruise ships, in particular, that […]

Amid COVID travel restrictions, books can transport us

As this winter of our discontent trudges on, most of our travel dreams remain grounded on the tarmac. COVID-19 vaccines promise relief soon. But until pandemic-related travel restrictions lift, we rail against a lesser evil: […]

Heading north on the Maricopa Highway toward Wheeler Gorge Campground, I was finally comfortable behind the wheel of the 25-foot-long RV. I’d gotten accustomed to the rental’s hulking mass, adjusted to its vague steering and […]