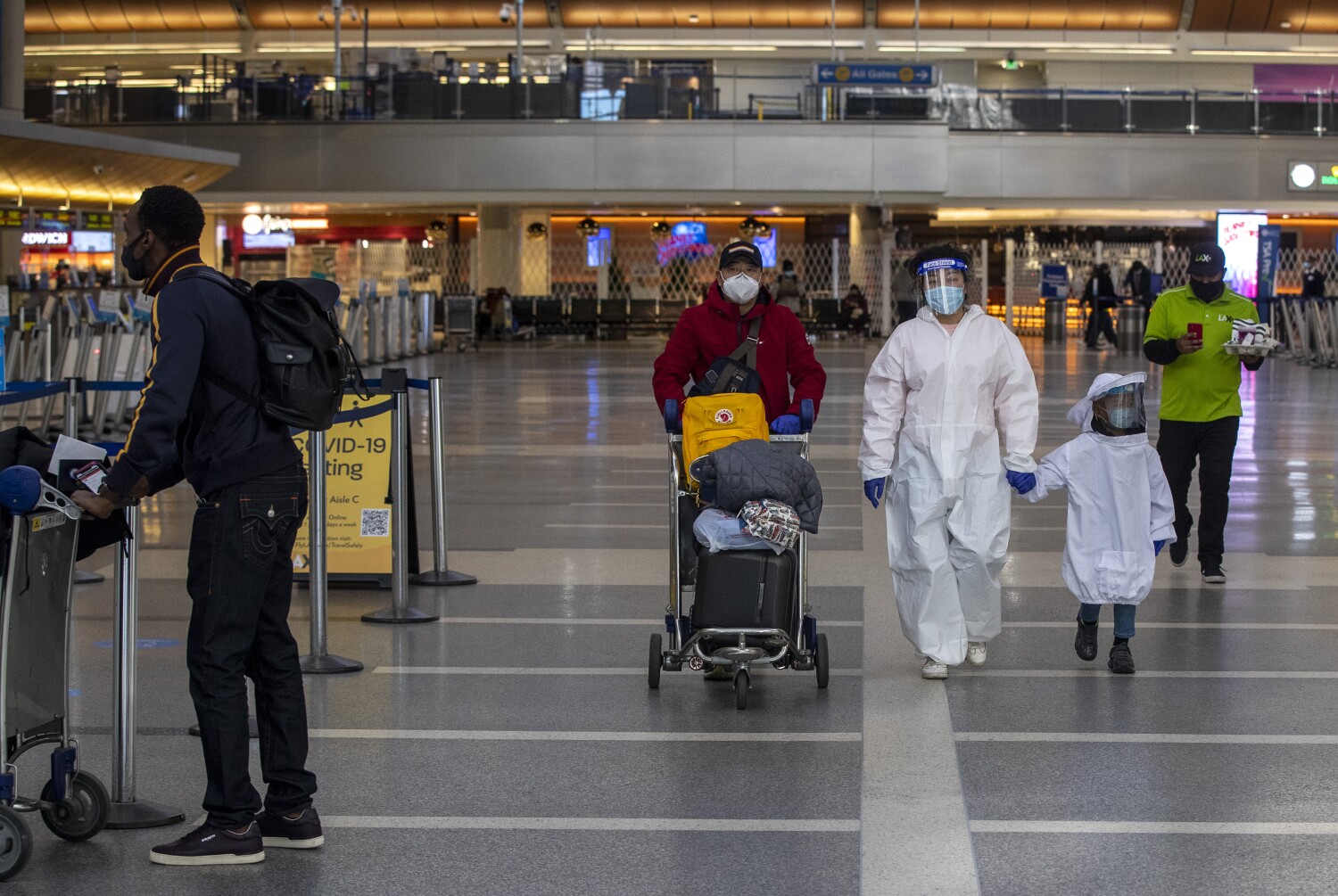 With travel demand expected to slow in the next few months, the nation’s airlines have pressed the Trump administration to replace sweeping restrictions on inbound international travel with a COVID-19 testing requirement for all visitors arriving from foreign countries.

Airlines for America, the trade group for the nation’s largest carriers, expressed its support for the testing of inbound international travelers — as recommended by the Centers for Disease Control and Prevention — in a letter to Vice President Mike Pence, saying the change “will provide yet another layer of safety in the travel journey.”

The proposed policy change would replace the administration’s broad restrictions against inbound travel by anyone who has been in China, Iran, most of Europe or Brazil in the previous 14 days, with a few exceptions, including U.S. citizens.

In addition, the U.S. has reached an agreement with Canada and Mexico to limit nonessential travel, including leisure travel, across borders. For all other international travelers visiting the U.S., no testing is yet required.

U.S. carriers saw a surge in travel demand around the Thanksgiving and Christmas holidays, with daily travel numbers jumping above a million fliers on most days, among the highest numbers since March. But industry experts say airlines and travel agents are about to start a traditionally slow season, made worse by a surge in COVID-19 cases.

“The virus being the way it is now, it’s not a good time for people to travel,” said Henry Harteveldt, an aviation industry analyst for Atmosphere Research Group.

The airline industry may be lobbying to revive international business travel, Harteveldt said, because that segment of the traveling public tends to spend the most on airline fares (such as buying first- and business-class seats), in-flight drinks and other amenities.

“It’s understandable that the airline industry would like the government to adopt a more flexible approach toward allowing international travel,” he said.

But adopting a policy to increase air travel may not solve all of the airline industry’s problems since many parts of the country, including Los Angeles County, are imposing strict travel restrictions in the face of a dramatic coronavirus outbreak that has overwhelmed local hospitals.

“Even if the government would allow travel with proof that they are COVID negative, that doesn’t mean business or leisure travel will return, whether they live in the U.S. or abroad,” Harteveldt said.

Nor would it necessarily prevent new infections from being spread, as testing may not pick up a virus still in its early stages.

In the letter to Pence, first reported by Reuters, Airlines for America President Nicholas Calio does not detail how soon before a flight the airline industry wants travelers to take COVID-19 tests or who would be checking travelers for proof of such tests. A representative for Airlines for America declined to comment Tuesday.

But Calio says in the letter that the trade group supports a proposal by the CDC to test inbound international travelers.

The CDC has proposed that international travelers to the U.S. get tested with a viral test at least three days before their flight and, if the results are negative, again within five days after arriving. Even if those travelers get negative test results, the CDC recommends they stay home for seven days after traveling.

“Testing does not eliminate all risk, but when paired with a period of staying at home and everyday precautions like wearing masks and social distancing, it can make travel safer, healthier, and more responsible by reducing spread on planes, in airports, and at destinations,” the CDC said in a statement Tuesday.

Hiltzik: Does Twitter have too much power or not enough?

For the better part of four years, people have wondered what it would take for President Trump to be banned from Twitter, his favorite social media platform for announcing policy — but also for spewing […]

Marilyn Booker, Morgan Stanley’s former head of diversity, says she was fired from the bank because she pushed too hard for a plan to address systemic, firmwide racial discrimination at the storied institution.  She filed […]